So before I get into my tart…new Photos for OS X disappointing anyone else?  It’s been making blogging really difficult.  I’m considering just switching back to a PC and getting rid of my iMac.  Apple can make things pretty but they always seem to have trouble with making them functional.  So on to the tart.

Once you have all the pieces of this tart it’s a breeze to get together.  Unfortunately those pieces can take some time.

While the homemade lady fingers were pretty good in this tart I think if I ever attempt this again I’ll try it with the store bought kind.  They added too much time and fuss to the process for me even though they tasted pretty good. 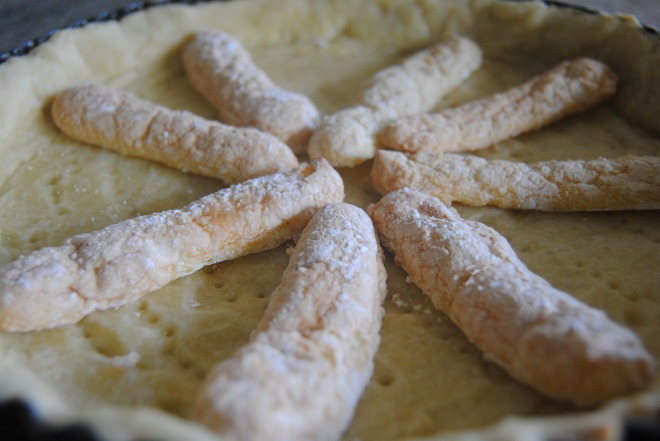 Once the lady fingers are made and tart crust is pre-baked it’s all about assembly.  The lady finger get places in a spiral on the bottom of the tart. 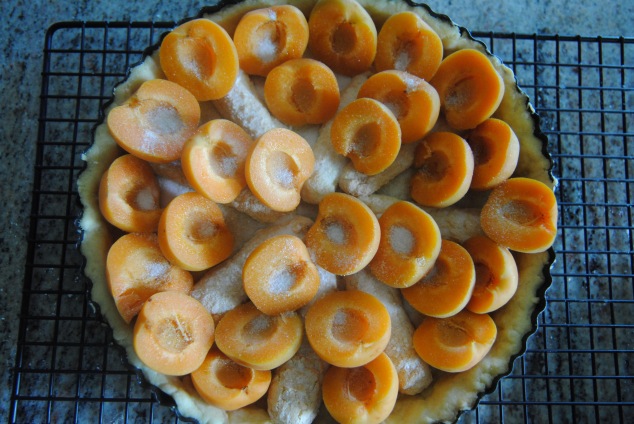 Then the apricots and some sugar get placed in too.  I actually wished I had a few more than called for because I felt this still had some gaps but it ended up being ok at the end. 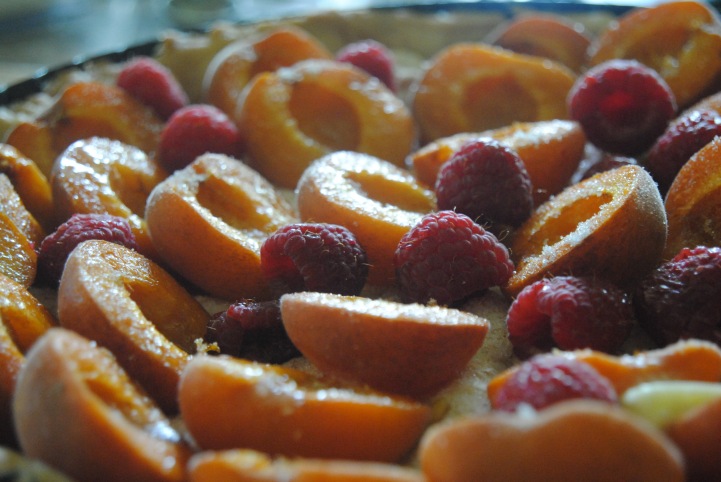 Once the apricots get baked for a bit then butter and  raspberries and a little more sugar gets added and it goes back in the oven. 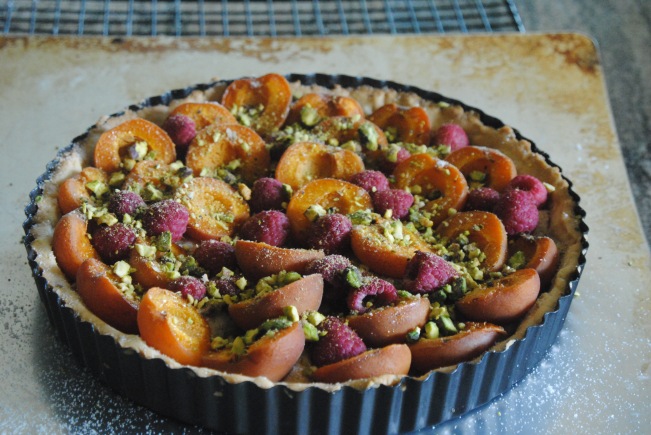 Final step is to add some pistachios and put it back in the oven for a bit.  Then it’s just cool it down some and enjoy.

One thing we learned pretty quick was that this tart is only as good as the apricots that you put into it.  Unfortunately the local ones are out of season by now and the ones from the store were pretty bland.  I was especially bummed because my crust was the best yet and came out pretty perfect. The tart looked pretty fabulous but it just didn’t have the same punch when you took a bite.  However, I think this recipe is still a winner despite the fuss with ingredients.  I would try it again when my local apricots are at the peak of their season and can add needed sweetness and depth.